This incarnation takes 3V3 - 5V inputs and separates the power sources from each side.  There is only an optical signal connection between the sides.  The solution utilizes a 6N137 optical isolator.  I think in some circuits the amount of drive required may be problematic so version 2 will have a input buffer.  The output is inverted so a simple transistor (2N3906) inverter is used to set that right again. 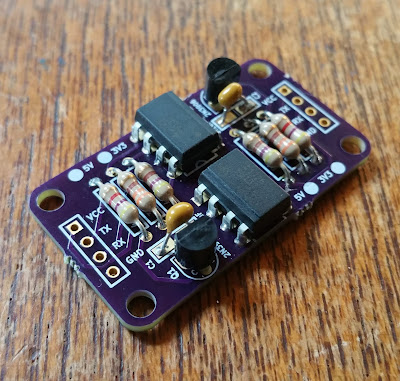 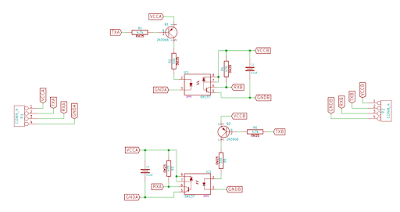