Well, here we are again, approaching Christmas time.
And I give thanks for the year, even the worst of it was fine.

As I look around me and see Christmas cheer,
I wonder why this mood can't last throughout the year.

Perhaps we'd really like to keep Christmas everyday,
But we lose the spirit, because self gets in the way.

So I write this poem, and put before the eyes of men,
That cannot see others beyond the veil of self.

If we could just see past their faults and love the soul beyond,
We could give the gift of love to make our brothers strong.

Yes, we could give the same gift, in just a different way,
As the gift given the world on that first Christmas day.

I see the end approaching and love is in short supply,
Souls lost and lonely, should cause our hearts to cry.

So may a sense of selflessness guide me throughout the year,
To love all those around me, and spread to them Christmas cheer.
Posted by Jeff ko7m at 18:07 No comments:

Email ThisBlogThis!Share to TwitterShare to FacebookShare to Pinterest
Labels: Christmas

While on St. Lucia, we decided to put a 10 metre station into the contest last weekend.  We ran a single station with multiple operators on CW and SSB.  Band conditions were pretty abismal, but I think we did pretty well all things considered. 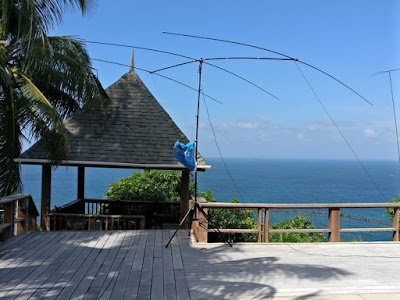 Today has been non-stop contacts across the entire group on most bands.  17 metres has been hopping most of the day.  I was able to work many European contries this morning and this afternoon was spent working US stations.

So far my modest efforts have yielded four continents, 27 states in the US and 29 unique countries.  Some of the guys here will work 24 hours a day so it seems, but I tend to go in spurts and then get involved in a project.

Middle of the afternoon one of our group came down to the gazebo to join me for a while and set up his gear.  When he powered up the 12V supply for his radio BOOM!  He apparently had been working so far from a 110V outlet and the gazebo is 220V only.  Oh sigh...  We opened up the supply but there had been a rather significant explosion in there and so he tossed it in the bin.  Apparently there is one or two of these that bite the dust in this way on every trip of the group down here.  I switched everything to 220V before I left home to avoid such nasties.  Oh well.
Posted by Jeff ko7m at 14:11 No comments:

Last evening I was sitting out on the gazebo listening to the surf and watching a cruise ship wander by the north end of the island.  It is a lousy picture from a mobile phone, but you can get the idea. 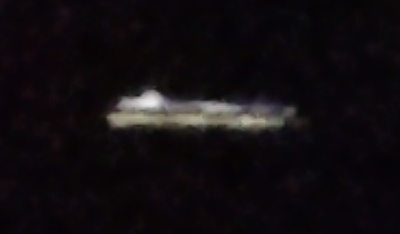 I was able to extricate my gear from the authorities and before heading back to the villa, we had lunch on the beach.  The island has lots of dogs running around loose and there was an assortment of them hanging out under the tables looking for a handout. 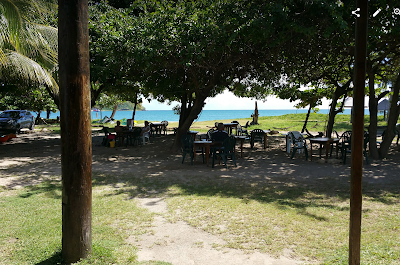 After getting back to the villa I was able to quickly get on the air and make about 25 contacts in quick succession and later in the evening our wonderful villa hosts brought us a very fine Indian cuisine meal to cap off the evening.
Posted by Jeff ko7m at 14:01 No comments:

Just a couple of us up early here on 40 metres right now.  This map gives a feeling for how we are doing 7.134 MHz.  Come on down and join the fun.  Right now J6/K0BBC is at the microphone.  Say hi to Matthew on 40 metres from me. 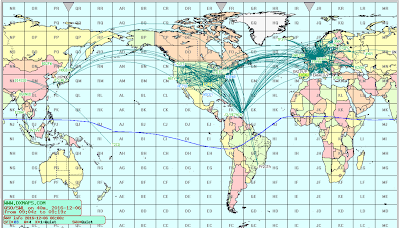 Today was a lot of antenna building, troubleshooting and for me a bit of frustration at the fact that my gear is still held prisoner by customs.  I am starting to adapt to "island time", but when trying to deal with government officials are very friendly and trying to help but offer to have the necessary individual call back when they come in, not being able to find the phone number I am using to talk to them, but they will figure it out, yadda, yadda...

So, frankly I am just happy to be here.  I have been so head-down for the last year to 1.5 years, it is just good to not be working and just trying to relax a bit.  I did get on 20 metres with a dipole antenna and a borrowed KX3 transceiver today and had fun collecting a couple dozen contacts, mostly in the states, but did get Spain and Canary Island as well.  It is fun being the station everyone is trying to work.  St. Lucia is not rare by any means, but does draw interest, so I enjoyed that process.

I did manage late in the afternoon to determine what the local officials needed from me in order to be able to release my gear from customs and they agreed to email me copies of the necessary paperwork.  My colleague that is in the same boat with one of his pieces of equipment finally got his updated paperwork submitted right at 16:54 (4:54pm) so he didn't hear back today.  Hopefully that will be at the top of this guy's in-box in the morning and we can finally go rescue the rest of my luggage.  So, I suspect much of tomorrow will be spent driving the length of the island twice.

We went shopping for food and supplies today for the eight of us and I about had a heart-attack when the bill was over ECD $750.00  (East Caribbean Dollars).  However, the exchange rate is about 2.7 to 1 so you basically get to divide that number by nearly 3 to see the actual cost in USD (US Dollars).

If you want to check out the villa we have for the week, you can read all about it at the website here.

So, I am enjoying hanging out on the deck listening to the surf.  We have a bit of wind tonight and it is a nice breeze.  If you want to work St. Lucia island tomorrow should be a good time to try it.  We usually spot on dx clusters as J6/homecallsign so our frequencies should be easy to find on web sites like http://dxsummit.fi.  Just search for J6 and you will find where we are hanging out.  Give us a call!
Posted by Jeff ko7m at 17:46 No comments:

Long red-eye flight out of Seattle to Atlanta Saturday night and then another 4 hour flight to Vieux Fort, St. Lucia BWI brought us to a beautiful 85 degree day on the island.  The pictures below are from a view point along the east side of St. Lucia where we stopped for a short break on the drive to the north end of the island. 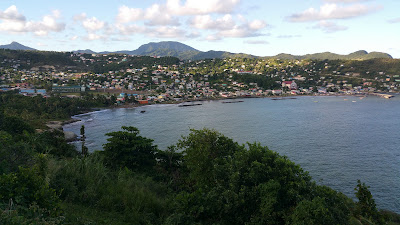 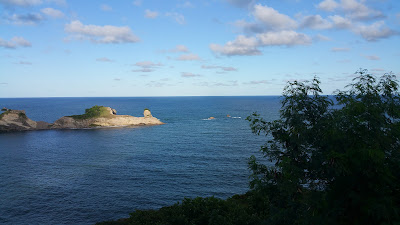 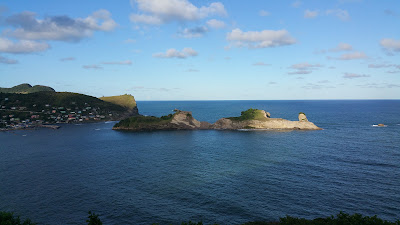 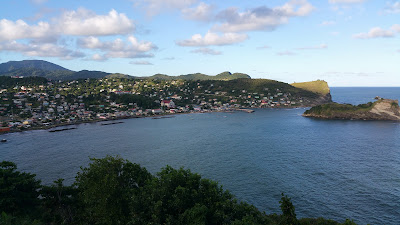 By the time we got to the villa, the sun was setting, so some pictures of the venue will have to wait until tomorrow.

Dinner was supplied to all 8 operators by our hosts and we set about establishing antennas for 80, 40 and 30 metres.  We were able to collect 100 contacts as J6/K0BBC on  40 metres before retiring for the night.

On the downside, I had all of my equipment confiscated by St. Lucia customs at the airport as did one other operator.  We will attempt to sort out the issues tomorrow and retrieve the impounded equipment.  A further downside is that once the proper paperwork SNAFU has been sorted, we have to drive the length of the island again and back which will basically eat an entire day.  Oh sigh...
Posted by Jeff ko7m at 19:12 No comments:

Our license approval was granted yesterday (yay!) for operating on St. Lucia.  I will be operating as J6/KO7M.  Here is the rig I am taking: 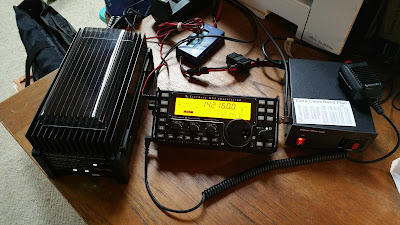 We are still waiting on customs forms which hopefully will arrive today or else we may have a bit of a sit and wait when we arrive on Sunday.

I must admit I felt a little guilty sneaking off the the islands ahead of our first winter snow that is predicted for this week...  For about 19 nano-seconds... 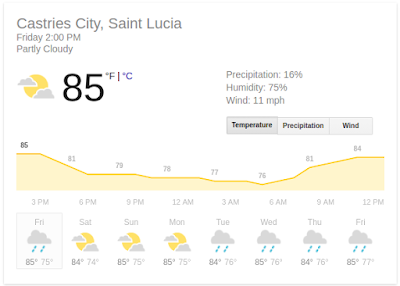 Hey!  We made the ARRL DX news posting today!  See the "St. Lucia" listing below!  I will be operating at J6/KO7M.

This week's bulletin was made possible with information provided by
QRZ DX, the OPDX Bulletin, 425 DX News, The Daily DX, DXNL, Contest
Corral from QST and the ARRL Contest Calendar and WA7BNM web sites.
Thanks to all.

MAURITANIA, 5T.  Vladimir, UA4WHX is QRV as 5T9VB from Nouakchott.
He is active on 80 to 10 meters using CW, SSB and RTTY.  His length
of stay is unknown.  QSL to home call.

ANTARCTICA.  Francois, F4HLT is QRV as FT3YL from the Dumont
d'Urville Station on the Adelie Land group, IOTA AN-017.  Activity
is on 80 to 10 meters using mostly SSB.  His length of stay is
unknown.  QSL via F6KPQ.

CRETE, SV9.  Members of the Radio Amateur Association of Chios are
QRV as SZ9/SZ8ARC/p from various locations on Crete until December
3.  QSL direct to SZ8ARC.

ANTARCTICA.  Oleg, ZS1OIN plans to be QRV as RI1ANA from the
Molodyozhnaya research station until April 2017.  Activity is on 160
to 10 meters.  QSL to home call.

KAZAKHSTAN, UN.  A number of stations are QRV in December with the
UP25 prefix to celebrate the 25th anniversary of Kazakhstan's
independence.  QSL via operators' instructions.

UKRAINE, UR.  Special event station EO25UD is QRV during December to
celebrate the 25th anniversary of UARL, the Ukrainian national ham
radio club.  QSL via UR7UD.

TURKS AND CAICOS ISLANDS, VP5.  Dave, W5CW is QRV as VP5/W5CW from
Providenciales, IOTA NA-002, until December 13.  Activity is on 160
to 6 meters using CW and SSB.  He plans to be active as VP5CW in the
ARRL 160 Meter contest and the upcoming ARRL 10 Meter contest.  QSL
direct to home call.

PRINCE EDWARD AND MARION ISLANDS, ZS8.  David, ZS1BCE is QRV as ZS8Z
from Marion Island, IOTA AF-021, until May 2018 while working as a
communications technician.  Activity is on the HF bands using SSB
and various digital modes when time permits.  QSL direct to ZS1LS.

Youngsters On The Air, YOTA, runs during the month of December.  A
number of stations with the YOTA suffix are active for the event.

The ARRL National Parks on the Air event runs during all of 2016 to
mark the 100th anniversary of the National Park Service.